#TeamHaringey6 had the pleasure of 2 members of Crown Prosecution Service visit us; Julius Capon - Head of Homicide and Jane Osborne QC speaking with our A-Level Law, Criminology, Law & Psychology and Public Services students about #Homicide and #DeliveringJustice.

We also had the opportunity to be featured in the Crown Prosecution Service press release:

This week London’s head of homicide spoke to teenagers about killings in the capital and how crimes are prosecuted.

During the session he explained the use of joint enterprise prosecutions in gangland killings, the difference between murder and manslaughter, and when asked by pupils about the most disturbing case he had ever been involved in, gave the example of the horrific murder of 21-year-old French au pair Sophie Lionnet who was killed in Wimbledon in 2017.

The half-day partnership event included a hypothetical interactive case study scenario involving a fatal knife attack on a 15-year-old schoolboy, which was witnessed by another teenager who did not want to support the prosecution.

Mr Capon said: “Engaging with students, setting out what we do is vital in helping them understand the repercussions of violent crime. Serious violence has consequences for the defendant, the witness, the community and the victim and of course their bereaved family. Those involved today had to really walk in my shoes – would they charge a case? How would they speak to the family of a murdered 15-year-old? What would they say?

“I hope the event brought home the magnitude and consequences of being involved in serious crime as well as giving insight into the difficult work done by a dedicated team.”

The session involved more than 50 students who were also able to learn about considerations made when deciding whether a murder suspect should be remanded into custody or receive bail.

Victims and witnesses were also discussed with participants learning about the numerous special measures such as live-video links and screens that could be made available to assist and encourage giving evidence at court.

Mr Capon added: “I was genuinely impressed by the enthusiasm and intelligent questions posed by the students. It would be brilliant if we have managed to inspire another generation of future criminal lawyers too.” 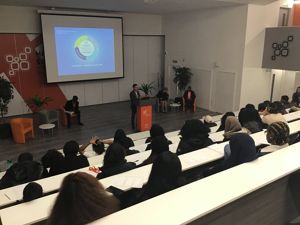 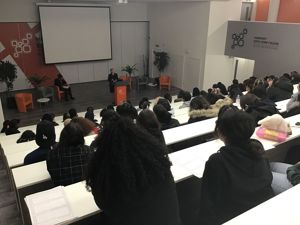 The educational event was organised by the area’s inclusion and community engagement manager in partnership with Haringey Sixth Form College. A Queen’s Counsel from the Independent Bar was also invited to speak about working in the criminal justice system.

Russ Lawrance, chief executive and principal at Haringey Sixth Form College, said: “I want to express on behalf of #TeamHaringey6 my thanks to Julius for taking time out of his busy schedule to come and talk with our fantastic students. I sat in on one of the sessions and found the content very informative and inspiring, the reaction from the students was magnificent. To have someone of this magnitude in college was a great honour, events like this make the learning that our students undertake at Haringey Sixth Form College real, it brings it to life. Julius inspired the students to think about possibilities beyond college, he helped them to understand that anything is possible and nothing is impossible if you are prepared to work hard. He really did underline our key college value of aiming for excellence in everything we do here.”

What was also refreshing was our #TeamHaringey6 students were very intrigued about this session and had the following to say:

Very insightful and I enjoyed doing the interactive case study as it showed what I could potentially do in the future.

For students who are looking to apply for September 2021, please come in to college and see us!

Applications for 2022 open on Friday 1 October on our brand new website.