Waad Khalif, our BTEC Applied Science student recently completed her FA Referee's course, and last weekend officiated a game between Chelsea and Charlton. she was among 13 Haringey 6th form students to complete the course, including Kristian Cato Barrett, who refereed his first game at the Arsenal Academy in Hale End two weeks ago.

Our futsal goalkeeper Owen Locke is organizing an evening of Futsal on Monday evening to celebrate the start of the Futsal World Cup.  We will be watching Brazil play Vietnam, followed by a futsal game in the sports hall.

Students from the college will be playing a football match against Ware FC u23s this Sunday in a 4.15 KO at Enfield Town 3G (EN13PL) The team are preparing for games at Oxford University and Cambridge University in October, with students only allowed to take part if they have 95% attendance or above.

Congratulations to our Basketball Team Haringey Hawks for winning the London Youth Games. This is the biggest sports competition in Europe. There are numerous sports and Haringey successfully won the Boys Basketball. 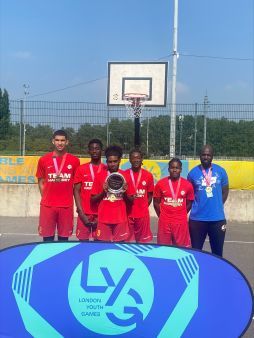